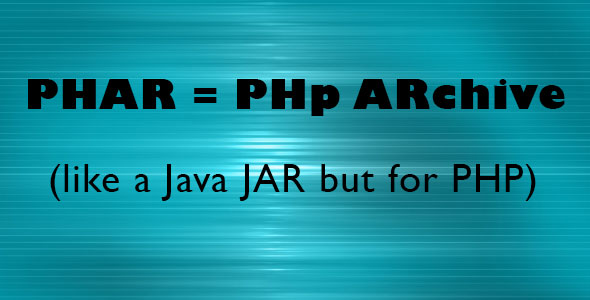 Editing Code In a PHAR file

A PHAR file is a PHp ARchive file. You can create an archive of your PHP library and store it into a PHAR file for easy distribution.
If you want to change some code inside an existing PHAR file then you need to extract it, make your changes and re-pack all the changed files.

Let’s take the Guzzle.phar file for example.
You can find it here:
https://github.com/guzzle/guzzle/releases

It’s a great PHP library for HTTP requests. I often use it for data mining and web scraping.

PHAR Executable:
So, first of all we need a phar.exe file which comes with any of the latest PHP builds.
I use XAMPP and there is a phar.phar.bat file located in “C:\xampp\php”
which actually runs:
"php.exe" "pharcommand.phar" [command]

So, you need to extract the PHAR using a command like this:
"C:\xampp\php\php.exe" "C:\xampp\php\pharcommand.phar" extract -f "D:\DEV\guzzle.phar" "D:\DEV\Guzzle"
You can use relative paths if you are already in that directory.
But I find it best to give full directory paths to ensure the file gets extracted in the right folder: “D:\DEV\Guzzle”

Then suppose you change a file:
Guzzle\GuzzleHttp\Cookie\CookieJar.php

It also has a whole bunch of optional arguments that you might find useful.

You can even open up a phar file in a text editor like Notepad++ just to see if the changes were done successfully.
Just don’t save the phar file using the text editor because then it will stop working.